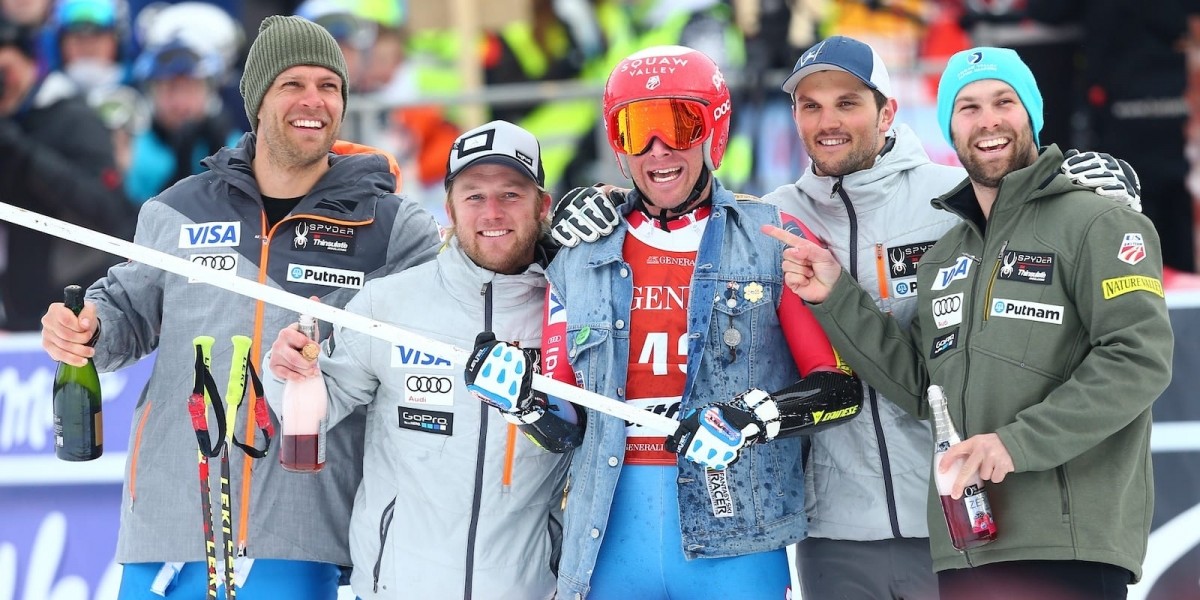 The story of American Downhillers goes back more than 50 years, long before the advent of the World Cup. The foundations were laid by pioneers like Buddy Werner and Billy Kidd in the 1950s and ’60s. Followed by the likes of Bill Johnson, whose brash personality and unapologetic style led to Olympic glory in the mid-80s, Today’s generation, led by Steven Nyman, is able to draw upon this rich tradition and a historic bond.

American Downhillers have always felt they had something to prove. The World Cup is primarily played “at home” for Europeans, where the sport’s biggest names are immortalized by legions of fans and an adoring media. It’s against this backdrop that the brotherhood of today’s American Downhillers is built. It pays homage to the spirit of legends like Johnson, A.J. Kitt, Tommy Moe, Bode Miller, and Daron Rahlves, as they forge a new team identity that prioritizes cooperation and friendship. And it’s a bond that has propelled the team to flourish on the World Cup and built a camaraderie that spans the test of time.

Skiing and snowboarding stories shared from various sources around the world to our SnoCountry readers.