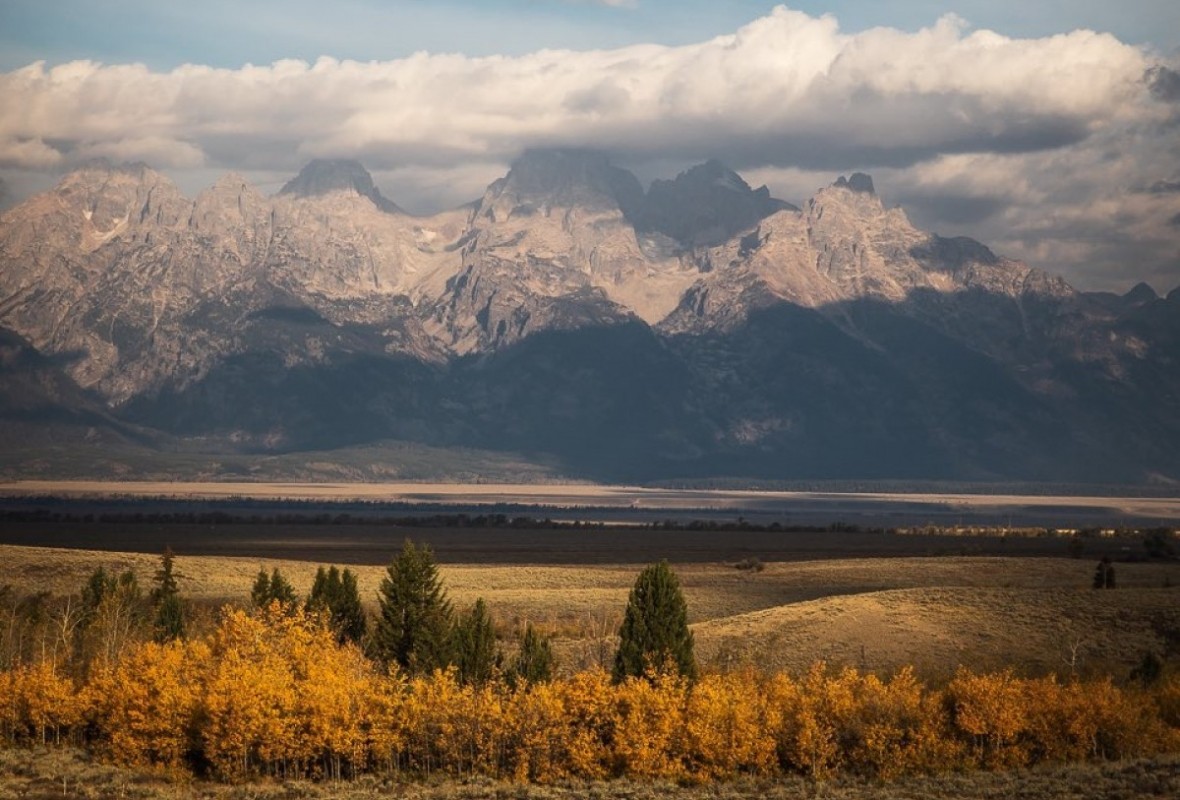 The blend of seasons show at Jackson Hole Ski Area in Wyoming. More snow is in the forecast for the peaks of the west. (Jackson Hole/Twitter)

We’re digging into the forecast for mid-October, and there is some snow in sight! A colder, wetter turn for the west brings another early season sighting of snow to many mountains.

In  the western U.S. and Canada, a dig of colder and much wetter conditions develop Friday through Monday (Oct. 9-12). A batch of lower elevation rain and mountain SNOW will spread in to British Columbia’s Coast Range Friday night. Mainly rain overspreads into the Pacific Northwest Saturday, with snow levels will drop as low as 5000-6000’ overnight as temperatures cool. This will bring a wet accumulation of snow to the peaks of the Washington Cascades, Bitteroots of Idaho, western Montana, and the mountains of Northwest Wyoming with some areas getting 6" or more! The rain and mountain snow spreads farther south and east into the northern peaks of Utah and Colorado’s Rockies by Sunday night.  A few wet inches of snow will cap the peaks across the west after this colder snap, making some beautiful looking views of the Fall/Winter collision of seasons.

Expect another round of mainly rain with some mountain snow to hit British Columbia around Tues-Wed (Oct. 13-14). Here's a single run of the ECMWF forecast model, showcasing areas likely to see snow through Tuesday. Remember, weather models can give us a good idea of what to expect, but don't focus on exact totals shown. Especially in the mountains, total can and do vary from point forecasts. 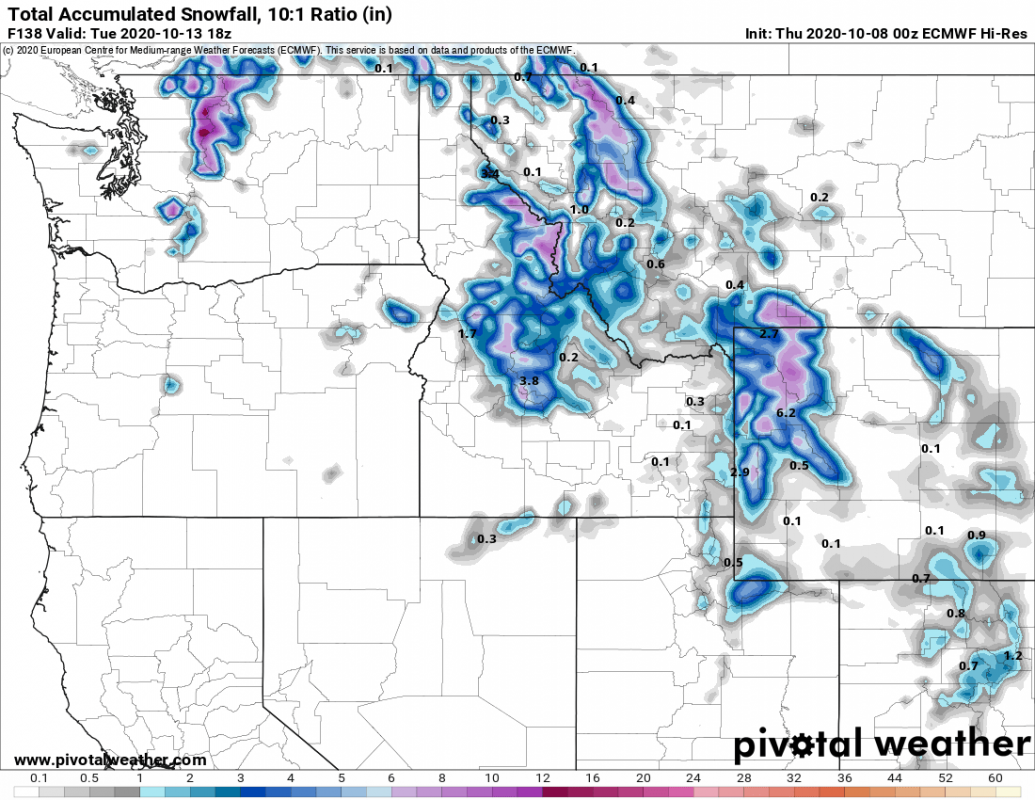 In the East, a mainly dry Friday and Saturday will give way to a warmer, late summer-feel with much needed rain Sunday-Monday (leftover moisture from hurricane Delta!). If this were winter, we’d be cursing the rain. But, due to a very dry summer, this is welcome moisture to help fill in those water retention ponds in advance of snowmaking.

Generally mild weather persists in the northeast until next weekend (10/17-18) when a Fall-like dip in temperatures will return. By next Friday night, as temperatures dip, some the highest ski areas in the northeast can potentially test their snowmaking equipment once again as lows dip into the 20s and 30s overnight.

The peaks of the Adirondacks got snow as a recent chill took over in the Northeast. Just check out the first snow that fell at Whiteface Mountain in New York. We gave you the heads up on this in last week's SnoCast!

We’ll catch you each week for another edition of SnoCast throughout this winter season. For now, think snowy thoughts.